Mike O’Connor, the editor of My Village News, asked Federal Member for Brisbane Trevor Evans MP seven questions in the June 2021 issue (page 9) in the article, “Trevor Evans MP grilled over airport noise.” BFPCA put the same questions to two of Evans’ key challengers for the seat of Brisbane in the upcoming federal election: Madonna Jarrett – the Labor candidate, and Stephen Bates – the Greens candidate.

(Madonna Jarrett’s team acknowledged BFPCA’s request on 8 June 2021, but haven’t yet supplied any responses. Once received, we will add them below.)

“Excessive noise levels from new flight paths which direct low-flying aircraft over New Farm and Teneriffe continue to affect the quality of life for readers of My Village News. Their concerns have been widely publicised in this magazine and elsewhere yet to date there has been little indication that they are being seriously considered and that the State and Federal governments and the regulators – Civil Aviation Safety Authority (CASA) and Airservices Australia – are inclined to do anything to resolve the issue.”

1. What can you do to get CASA to agree to the adjustment of the allowable wind speed?

Trevor Evans (LNP): I’ve strongly supported the collaboration between Brisbane Airport Corporation (BAC), airlines, Airservices Australia, and experts to prepare and submit a technical case to lobby CASA to reinstate the practice of an allowable tailwind tolerance of 10 knots for Brisbane Airport.

A change to this rule will increase the proportion of planes able to operate over the bay, rather than over the suburbs, with a corresponding reduction in aircraft noise for residents.

That technical case is currently under consideration by CASA.

Stephen Bates (Greens): The International Civil Aviation Organisation (ICAO) can make recommendations to CASA for allowable wind speeds however the final decision rests with CASA. While I do not expect CASA to return to the 10 knots that was previously allowed, changing the allowable wind speed from 5 to 7 knots is really just putting a bandaid on the problem. The real solutions to the flight path noise are:

Senator Janet Rice (Greens-Victoria) has submitted an Air Services Amendment Bill that is currently before the Senate which seeks to legislate for community consultation. The Greens are the only party who have advocated on behalf of communities across Australia who have been negatively impacted by noise pollution. I would actively support this bill and would encourage everyone to read it when they get the chance.

2. Will you insist Airservices Australia sends all flights off over the bay unless it is unsafe to do so?

Trevor Evans (LNP): My expectation remains that the independent regulators will work together with the airport to use every available means to mitigate excessive and unnecessary noise for residents.

As well as supporting the technical case that’s currently under consideration by CASA, I also welcome the recent announcement by Airservices Australia that the post-implementation review of the operation of Brisbane’s new runway has been brought forward, rather than typically occurring up to two years after a new runway begins operations.

Stephen Bates (Greens): There is international precedent for this type of operation. Los Angeles International Airport (LAX) imposes over-the-ocean flights between midnight and 6:30am as a method of noise abatement for residents living in areas close to the airport. If LAX is able to operate with over-the-ocean flights, what is BAC’s reasoning for not doing the same? I also understand there are international examples of airports using their parallel runways to alternate landing and take offs (LAX, London’s Heathrow). This helps to abate noise further when all flights cannot be sent off over the bay. It would appear that these major international airports are able to achieve a high volume of traffic while also enforcing rules protecting the health and lifestyle of people living under flight paths or near the airport itself. It should be noted however that Airservices Australia (AA) is a service provider. If AA wishes to collect as much revenue as it can from its airline levies, it is arguably more inclined to optimise flight paths which favour the customers that line its pockets. So, flight paths are designed with profit in mind, not communities.

3. Will you insist that the BAC put noise-monitoring devices in place under flight paths in the affected areas?

Trevor Evans (LNP): I’m supportive of any action that is practical and helps lead to improvements that reduce the impact aircraft noise is having on Brisbane residents.

If locals and BAC believe that the current noise-monitoring infrastructure is not sufficient to measure this impact, then more needs to be done.

Stephen Bates (Greens): There are currently already noise-monitoring devices in place under flight paths in Brisbane. These operate 24/7. While this sounds good, Airservices Australia note on their website that there is no maximum aircraft noise regulation in Australia. The tools are in our community for measuring noise but there is no legislation in place to defend us. Further, noise forecasts and the real-time data from noise-monitoring devices should be compared. Discrepancies should be analysed and then acted upon so that promises made to the affected communities can be held to account. Again, this would require Airservices Australia to be given powers to regulate, not just exist as a service provider.

4. Do you think it is reasonable to expect that residents under the new flight paths be expected to live with the negative impact on their life quality that has been a consequence of the opening of the second runway?

Trevor Evans (LNP): This continues to be a very genuine and legitimate issue for the many local residents who have raised it with me, and on whose behalf I’m advocating.

I believe it is important to stay true to the letter and the spirit of the Environmental Impact Statement (EIS) that was developed and the consultation that was undertaken in the lead-up to the second runway opening, which did not predict the impacts some local residents are experiencing.

Stephen Bates (Greens): No, I don’t. This isn’t something that will just go away. This was a major change to public infrastructure that did not engage with communities under the proposed flight paths or in community consultation more broadly. There are so many examples of communities being impacted by a lack of consultation across Brisbane. The Enoggera Creek precinct, Roma Street Parklands development, and the second runway at Brisbane airport are all examples of each level of government thinking it can steamroll decisions through to appease developers and corporations without taking into consideration the impacts on the local residents. I used to live under the flight path of Archerfield Airport in Oxley for years. I know there is only so much noise you can take.

5. Other than you, to whom can residents turn for help?

Trevor Evans (LNP): I encourage affected residents to continue working with all their local representatives, to share their lived experience with us, and to keep logging issues with the relevant regulators and Brisbane Airport to ensure their voices are clearly heard on this important issue.

Residents should also have their say as part of the post-implementation review now being undertaken by Airservices Australia, whose review can lead to recommendations for change.

Stephen Bates (Greens): I believe one of the most important elements of a healthy democracy is community solidarity and advocacy. Groups like the Brisbane Flight Path Community Alliance (BFPCA) represent an opportunity for a united voice of residents across political leanings and suburbs. Community action groups also represent a more powerful way of interacting with the government. Many voices are much harder to ignore than just one! While it is still extremely important to contact your local representatives for assistance and to voice your concerns, joining community organisations can remind us that we are not alone and create a more powerful way of influencing decision-makers.

6. Would you support the introduction of a curfew?

Trevor Evans (LNP): The stories that residents have shared with me highlight the significant impacts that flights late at night or early in the morning have on their wellbeing and that of their families.

All options should be on the table as we work with the regulators towards a solution that mitigates excessive and unnecessary noise for Brisbane residents.

Stephen Bates (Greens): I support the introduction of a curfew or, at the minimum, ensuring arriving and departing flights between 10pm and 6am take off and land over-the-bay (unless it is absolutely not safe to do so). London’s Heathrow airport is the second busiest in the world (by international traffic) and enforces a curfew from 11pm to 6am, with financial penalties for airlines who consistently arrive late and break the curfew. It would be difficult to suggest that this curfew has impacted airline traffic or the ability for London’s economy to grow. Until technology improves enough that aircraft noise can be reduced further, a curfew represents a solution that already exists at an international level, can be implemented in the short-term, and addresses the issues communities face while a new EIS is undertaken.

7. Given the significant investment that the Queensland Government has in BAC, do you believe it should be engaged in addressing flight-path problems?

Trevor Evans (LNP): All levels of government and their representatives need to work together to address the concerns many local residents are experiencing in relation to aircraft noise.

I’m looking for long-term solutions that are in the best interests of the Brisbane community and am working with representatives from all levels of government, and local community groups such as the Brisbane Flight Path Community Alliance, to help make that happen.

Stephen Bates (Greens): Brisbane Airport is a huge piece of infrastructure and should be accountable to the public. The Queensland Government’s 25% stake in BAC through QIC means it has a duty to ensure the infrastructure it has partial ownership of is being used appropriately and not to the detriment of the citizens the government is accountable to. I personally believe Brisbane Airport should be brought back into public ownership so that our elected governments can be held directly accountable and not just pass the buck to the private sector. 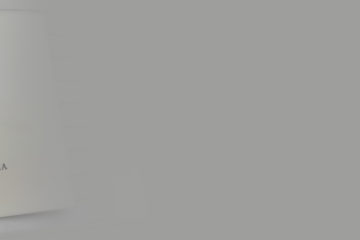 Brisbane Flight Path Community Alliance committee members yesterday, 31 May 2021, had the opportunity to meet with The Hon Kevin Rudd AC and his associates at the offices of Grace Grace, Queensland State MP for Read more… 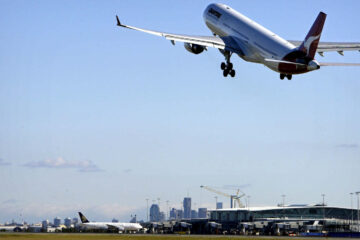 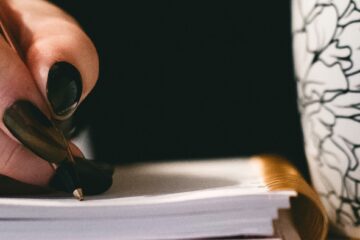 It’s time to tell your federal member that you want action on the aircraft noise crisis unfolding across 32 suburbs of Brisbane. We need you to help us kick off our letter writing campaign. We Read more…