Airservices Australia have just launched the Post-Implementation Review (PIR) portal for the new parallel runway, and we encourage all residents affected by noise pollution from Brisbane Airport’s flight paths to register and subscribe for updates. This is a three step process:

A PIR is a structured Airservices-internal process to review performance of the new flight paths to date and suggestions for change. BFPCA welcomes any attempt to fix the mess that BAC and Airservices have inflicted on the community. And there is no doubt that all impacted community members need to strongly engage and make their feelings known.

BFPCA is concerned that this is the organisation that over the last 15 years has:

To now expect that an internal review by the same organisation that to date has failed to accept any issues with the Brisbane flight path design will now have the energy, leadership and courage to wipe the slate clean and deliver a real best practice outcome that correctly balances all stakeholder interests is hard to accept.

We saw last week the Airservices CEO attempt to answer a number of Brisbane flight path related senate estimate questions (initiated by BFPCA). Our observation was of a leader who either:

BFPCA applauds any meaningful PIR review but we hope it’s not another ‘smoke and mirrors’ exercise that has worked so effectively for the new flight path proponents over many years. We trusted but Airservices failed us.

We still await on hearing of any interest from Airservices as to the sobering BFPCA Community Survey results that were issued last week.

Can we now expect leadership from within Airservices with an appropriate level of ‘People before Planes’ mindset to solve the problems? Time will tell. If it is to happen it must be led from the Chair and the Board. What has been dished up over the years by the Executive Management team across numerous states does not pass any test.

Any PIR process or outcomes should not pit communities in Brisbane against each other. Similarly, the PIR must not bamboozle communities with technical and jargonistic arguments about why the terrible status quo is the best option. Wholesale change is what’s needed – not bandaid solutions.

We plan to engage where possible in the PIR in a positive manner. However, Airservices has further damaged its standing in the community, and it is now reasonable for the community to be less trusting, the onus is on Airservices to demonstrate that they are a trustworthy organisation now. We won’t be fooled again. 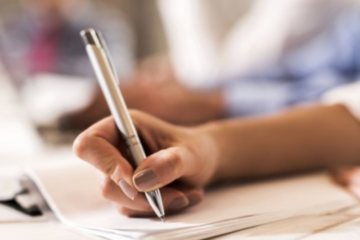 Monday morning, 29 March 2021, BFPCA committee members Karen and Chris handed over a petition signed by over 1,600 supporters to Trevor Evans, the MP for the Seat of Brisbane. Petitioners are calling on Mr Read more… 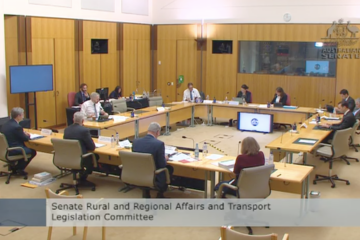 To date, there has been an unwillingness on the part of Airservices and BAC to recognise the identified consultation deficiencies and to reasonably mitigate the excessive noise, health, education, and other environmental impacts of the Read more…